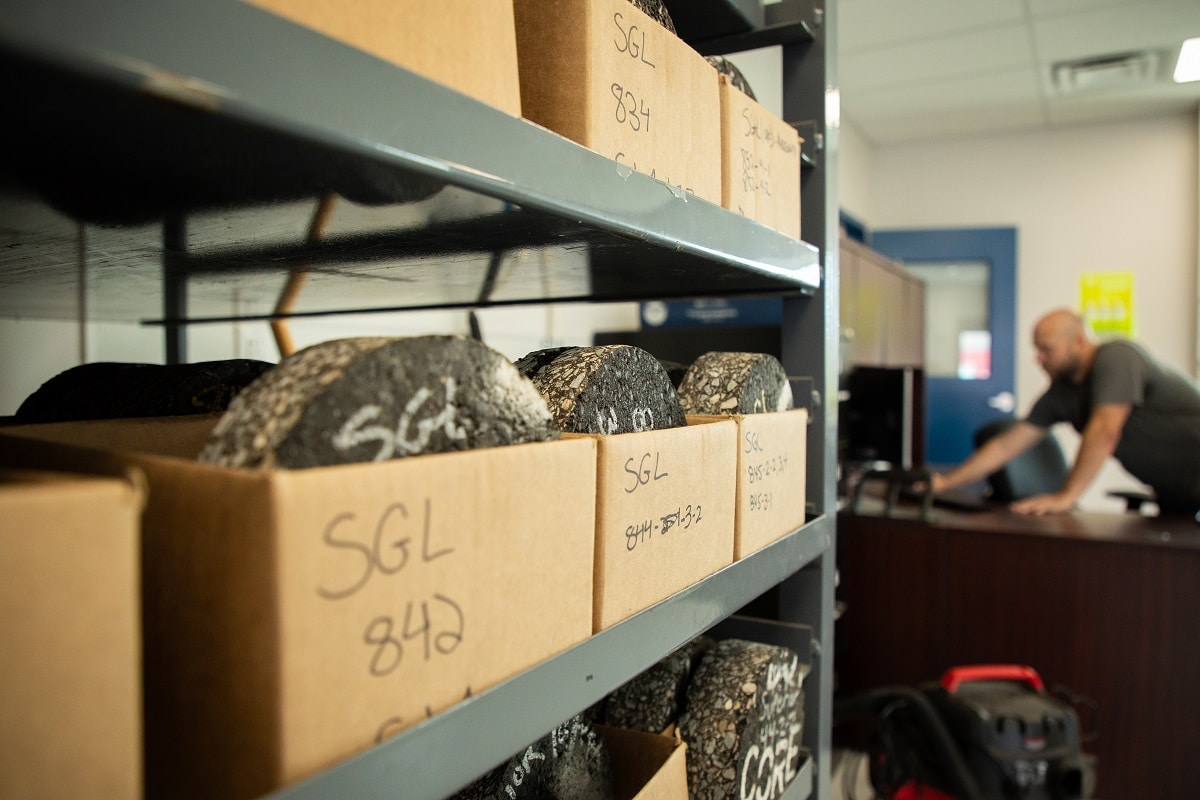 Earlier this year, Hubbard opened the doors to its Michael K. Smith Testing Facility, part of the all-new, state-of-the-art Plant 11 production site in Orlando. The lab building is named in honor of Sr Quality Control Manager Mike Smith, who passed away in 2020 during construction of the facility. And although he didn’t live to see the facility complete, Mike’s legacy is continued by the loyal team members he influenced throughout his 42-year career at Hubbard. One of them is Lab QC Specialist Jimmy Justice, who was hired by Mike in 2003. Back then Jimmy worked at Universal Studios and was studying Business Administration at the University of Central Florida. He was also, coincidentally, dating Mike’s daughter, a fact which Mike was careful to never let become a factor at work.

“He never showed me favoritism, and that was very important to him,” says Jimmy. “I spent years working nights, and I made sure to be detail-oriented and keep things organized because I knew he wanted them done that way.”

Within a few years of being hired, Jimmy married and became Mike’s son-in-law. But, he says, in the lab Mike treated everyone like family. “He was like a dad, and he was like that to everyone, too. He looked out for you, and made sure you were good. He also didn’t want to put up with your nonsense,” recalls Jimmy, laughing. “But he told you what you needed to be told to correct yourself.”

Throughout Mike’s career, the QC team occupied a series of somewhat makeshift lab spaces, some more habitable than others. Now, with the opening of the new testing facility, Mike’s QC family has a permanent home they can be proud of.

“It was designed from scratch,” Jimmy explains, “limited only by our budget and our imaginations. Inspectors from all over the state now come into the building and talk about how nice it is. You take pride in that when you hear it.” The lab is a clean, well-lit and, most importantly, fully equipped space befitting of Mike’s reputation throughout Florida as a true asphalt industry expert. At the height of the summer paving season, as many as three lab crews work overnight in the lab, pulling as many as ten tests in a shift. As Jimmy points out, that’s only possible because of the culture Mike and veteran QC team members like Carl Moorefield worked to create.

“If you ask around other companies,” says Jimmy, “in their QC departments there’s high turnover. Here, you have people with 10, 15, 20 years with the company. That’s because of Mike and Carl. Be personable, work hard. When you give respect, you receive it. That’s really what Mike was all about and what he instilled in all of us.”